Sometimes one witness’ statement is enough

In December, 2008 National Geographic magazine, there is an interesting story called “The Real King Herod, Architect of the Holy Land”. However, what caught my attention was not the well documented discussions of his construction projects.

The author noted that King Herod is perhaps best known for ordering the slaughter of male infants in an attempt to kill the newborn Jesus Christ. The author went on to claim that, “Herod is almost certainly innocent of this crime, of which there is no report apart” from what is recorded in the Bible’s book of Mathew.

Really? Claiming an event did not occur because only one of the gospels recorded it is fairly fallacious reasoning. For example, in addition to the adult ministry of Jesus, Mathew’s author emphasized the fulfillment of the Old Testament prophecy. Other gospel writers focused on other things. Each explains Jesus through selected events, but none of them are identical.

Although it is always appropriate to examine a witness’ credibility, I consider that in a court of law, the judge should instruct the jury members that “they should not decide any issue merely by counting the number of witnesses who have testified on opposing sides.

The testimony of one witness, which you believe, is sufficient to prove any fact.

It is also noteworthy what else is only in the book of Mathew.

Although I personally like the language of the Christmas story in Luke better, the account in Mathew is the only gospel that mentions wise men. In spite of a well known hymn, we don’t actually know whether there were three wise men or kings that traversed afar. We do know, however, that they brought gifts consisting of gold, frankincense and myrrh.

The believe that wise men went searching for Jesus Christ after his birth is generally accepted by everyone who owns a nativity scene. I do not recall anyone saying, “Hey these wise men thing might not be true because it’s only in the book of Mathew.”

Sometimes one witness’ statement is enough.

I do hope that your holiday season is merry, whether you receive many gifts, one gift or no gift. May God Bless every member of our Romanian-American community and bring you joy, peace and love! 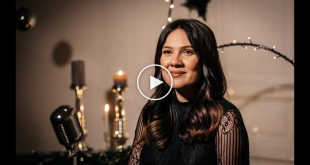 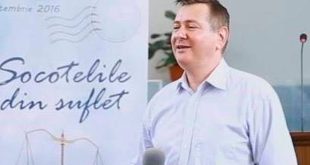